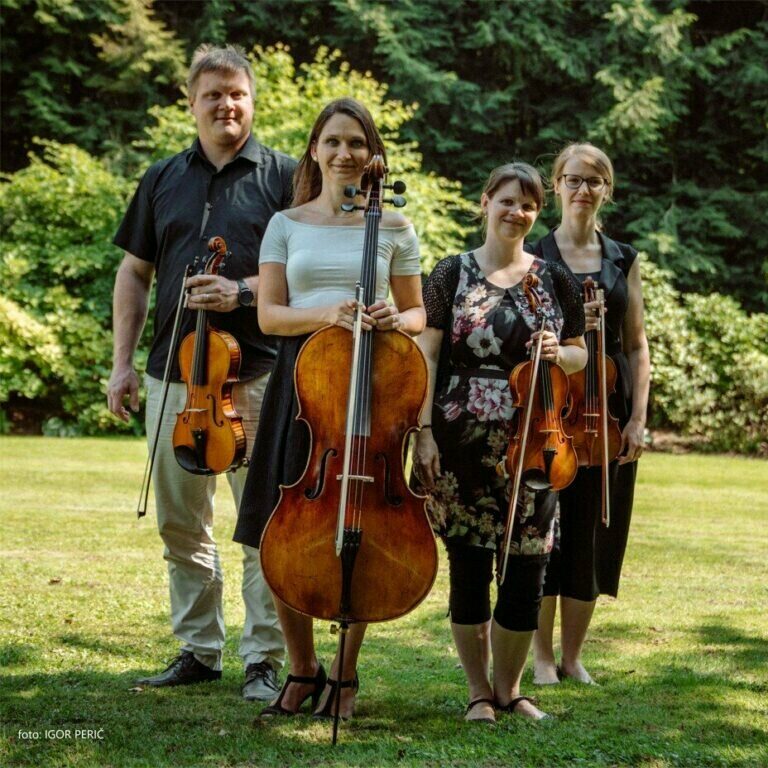 The Concert of the Al Fine String Quartet

The string quartet Al Fine is composed of four academic musicians: Urška Trček Lenarčič (the violin), Neža Bizjak (the violin), Peter Kranjec (the viola) in Urša Kržič (the cello). They formed a permanent cast in 2017 with a desire to colour the days and expand the art with common play and making music. By performing at various events on various occasions they wish to draw nearer to the public the cast of the string quartet and the multiple works that have been written for it, but most of all to surpass the idea that the music they perform is reserved for narrow public and concert halls. They include in their concert programmes beside classical works for string quartets also adaptations of popular music that sound convincing under their bows.

This time they will remain in the second half of the 19th century, when Europe was dominated by the romanticist period. They will present the work of the Slovene composer Viktor Parma, who carried his passion for the Opera through particularly melodic and dance melodies into The String Quartet in A-major. In the second part of the concert they will play one of the most famous works for their cast – the ‘American’ quartet of the Czech composer Antonin Dvořák (op. 96 in F-major). The composer masterfully expressed his impressions from travels in the new, American world, in a musical language and created a work full of energy, humour and freshness.